Despite the sweltering heat, droves of people showed up for the Washington National Cathedral’s annual Flower Mart May 4 and May 5.

Even with temperatures reaching 90 degrees, students, families and shoppers turned out for a day filled with music, food, rides and of course, flowers. The festival, which was held both on the National Cathedral’s lawn and inside the Cathedral itself, has been a tradition since 1939.

Flower Mart is a part of the larger Passport DC event, a cultural tourism function that lasts for 31 days. Other events include embassy tours and street festivals.

The Flower Mart was not just flowers. Visitors could ride a carousel, play games, and try foods like fresh donuts, crepes and paella.

Jacquelyn Gray, 56, who works in construction logistics, said she has never been to the Flower Mart before but has always wanted to go. She took May 4 off of work in order to go.

“I came for plants,” Gray said.

Leslie Wiley, 60, a management consultant, also came for the plants. Either she or her husband has attended the Flower Mart for the last 10 to 15 years. She said it’s the “best deal in town.” Wiley said she likes to get a mixture of her usual plants while trying new ones.

However, for Wiley, it isn’t just about the flowers.

“I get food, I got crafts, I got clothes, I got jewelry, I got more food, I’m good,” Wiley said, laughing.

For Karen Shipley, 36, the day is about promoting her family’s business, The Orchid Station, which is a wholesale orchid nursery. However, they do a few retail events each year like the Flower Mart at the Washington National Cathedral.

“We like the D.C. public and they’re who we wholesale too,” Shipley said.

She has been coming to Flower Mart for 20 years. She spends the time with her mom.

“This is one of our favorites,” Shipley said. 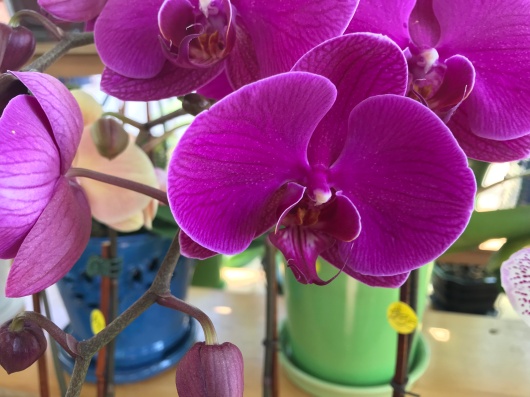 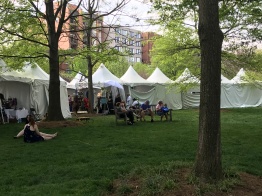 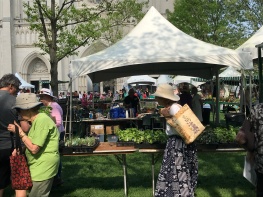 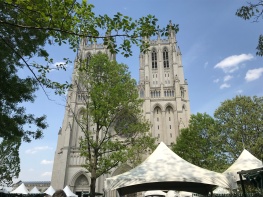 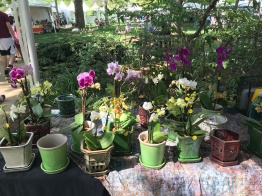 Sara Karlovitch is a sophomore journalism and government and politics major and can be reached at skarlovi@terpmail.umd.edu.