Actually, “was” isn’t the right way of putting it. Ask any Girl Scout — or any Scout at all — and they’ll tell you that when you’re a Scout for that long, you never stop being a Scout. Girl Scouts is very much a part of me. To this day, I cannot walk past a cookie sale without buying at least one box. Not buying a box of Thin Mints makes me feel like I betrayed members of my own tribe — an international sisterhood.

Girl Scouts is an organization I proudly admit being apart of. I talk about my involvement in job interviews and casually among my friends. I feel a deep sense of loyalty to the organization and an instant connection to anyone who has worn the signature Girl Scout vest. That loyalty is why I’m writing this article.

Starting in February 2019, Boy Scouts will change its name to Scouts BSA and fully gender integrate its programming. It will allow girls to obtain the status of Eagle Scout, the organization’s highest honor. They will wear the same uniforms and participate in the same activities. This decision has been praised as a step forward for scouting and girls — a progressive decision for a historically conservative organization.

However, this decision isn’t a step forward at all. If anything, this decision will only end up hurting girls and girl-oriented organizations in the long run and reflects an inherently sexist sentiment: that girl-oriented things are bad and girls need men to help them.

Girl Scouts was started over 100 years ago by Juliette Gordon Low. A deaf, upper-class woman, she wanted an organization that was open to all girls, no matter their race, economic status or ability, to teach them leadership skills. Famous Girl Scouts include Madeleine Albright, Venus Williams, Carrie Fisher, Gloria Steinem, Hillary Clinton and Michelle Obama.

Girls Scouts have since touched the lives of millions of girls from all walks of life. Girl Scout Troop 6000 provides the experience to girls in New York City homeless shelters. The girls sold thousands of boxes of cookies at their first cookie sale.

Boy Scouts has been experiencing a membership decline, and the decision to admit girls can be seen as a way of trying to recruit members who would have otherwise joined Girl Scouts. This will take money and resources from an organization that was started to promote women’s empowerment. 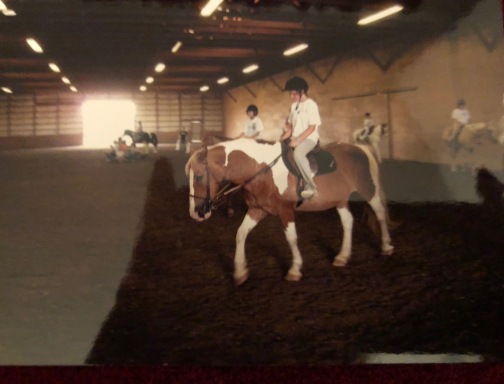 Me riding a horse at a horse camp for Girl Scouts. (Photo courtesy of Dorothy Schilling)

Me standing outside of the Home of Juliette Gordon Low, the founder of Girl Scouts, in 2015. (Photo Courtesy of Melissa Karlovitch)

Me as a Brownie- the name for an elementary school Girl Scout. (Photo courtesy of Dorothy Schilling)

My brother and I in our scouting uniforms. (Photo courtesy of Melissa Karlovitch) 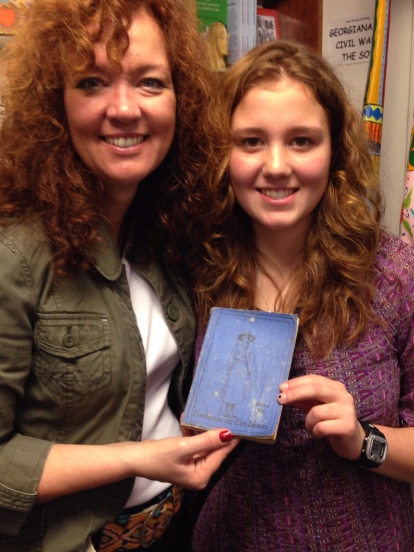 My Mom (and one of my Girl Scout Troop Leaders) and I holding an original Girl Scout handbook while on a trip to Savannah, Georgia- the birthplace of Girl Scouts. (Photo courtesy of Melissa Karlovitch)

Yes, slumber parties and cookie sales are part of what it means to be a Girl Scout. However, over my 12 years in Girl Scouts, I learned to camp and hike in freezing temperatures. I learned how to survive in the woods on my own and read a compass. I’ve experienced rock concerts and learned how to dog sled. Girl Scouts taught me how to ride a horse and shoot a bow and arrow.

Girl Scouts also taught me leadership skills and how to handle money. I made amazing friends and lifelong connections. It taught me to respect the resources I use and people who are different from me. It taught me compassion through service and duty through commitment.

As well intentioned as I am sure the Boy Scouts are, their actions are implying girls need Boy Scouts– that the organization that was set up for them has somehow failed them. That simply because Girl Scouts is run by women and made for girls, it is inherently inferior, that it simply cannot provide girls with the same “manly” activities Boy Scouts can. It is playing into the inherently sexist notion that women- run institutions are not as adequate.

Before every Girl Scout meeting, we would hold the middle three fingers of our right hand up in the air (the Girl Scout Salute) and recite the Girl Scout Promise.

It goes, “On my honor, I will try: To serve God and my country, To help people at all times, And to live by the Girl Scout Law.”

I can recite the promise to this day. To me, the Girl Scout Promise is a quick reminder of how to live a good life. Serve my country, help others and support women.

Girl Scouts was more than a weekend activity for me. It meant surrounding myself with strong independent women, conquering fear and going on adventures. Girl Scouts was a place I went to forge ahead and be apart of something much bigger and more powerful than myself.

Girls, you don’t need Boy Scouts. A Sisterhood of Women is waiting for you.

Sara Karlovitch is a sophomore journalism and government and politics major and can be reached at skarlovi@terpmail.umd.edu.