As Circa Survive took the stage at the Fillmore in Silver Spring Thursday night, opening with their single “Lustration” off of their most recent album “The Amulet,” the crowd seemed to erupt with both chaos and excitement. From the start, it was sure to be an incredible performance.

Opening for Circa Survive and their co-headliner Thrice were Balance & Composure and  CHON from Doylestown, Pennsylvania, and San Diego respectively.

Balance & Composure, up first for the night, came out with a great deal of angsty energy. CHON, maintained that energy, were also a nice change of pace. Their sound, while similar to the post-hardcore style of the other bands, also had a dash of jam-band influence that got the crowd dancing along.

Throughout Circa Survive’s performance, a massive number of crowd surfers made their way the front as lead singer, Anthony Green, reached out to embrace the hand of nearly every one of them. From the way Green interacted with the crowd, it became clear how invested he is in his fans.

As Circa Survive’s performance came to a close, much of the crowd seemed to dissipate. Those that stuck it out, however, got to see an incredibly intense performance from Irvine, California band Thrice, packed with almost as much crowd surfing. 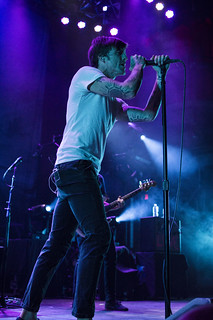 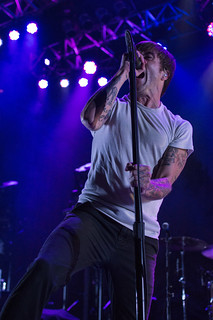 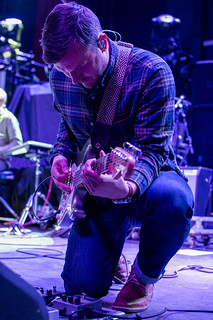 Featured Photo Credit: Eddie Breckenridge, bassist of Thrice, as they co-headline with Circa Survive at the Fillmore in Silver Spring. (Cassie Osvatics/Bloc Photographer)

Cassie Osvatics is a senior English major and can be reached at cosvatics@gmail.com.