Music flowed from the speakers as students walked into Stamp’s Colony Ballroom with a large PowerPoint in the front titled “My Black is Beautiful.” Such a statement helped frame the question of the hour.

How would you define the beauty in blackness?

The event, hosted by Maryland MANE and four other organizations, presented engagement and education for students to learn more about the importance of diversity and blackness. About 60 students milled about between stations in large groups to promote discussion.

“We started doing this (MBIB) last year. We wanted to celebrate black history month with the beautiness in blackness,” said Kendra Pryor, the president of Maryland MANE and a junior anthropology major.

“It’s not exclusively for black people because we want others to come. It’s an open space to celebrate blackness together,” Pryor said.

In order to understand blackness for students, students were asked how they would define the beauty in their blackness.

“The history that is tied to it and the richness of being black. I am actually multiracial which is cool but it is almost as if society makes you pick a side and you don’t get to pick it for yourself. I never allowed that to manipulate who I am in a negative way. I embraced it. I am proud to be black. It’s great to know when I walk around that I am carrying more around than just my skin.” 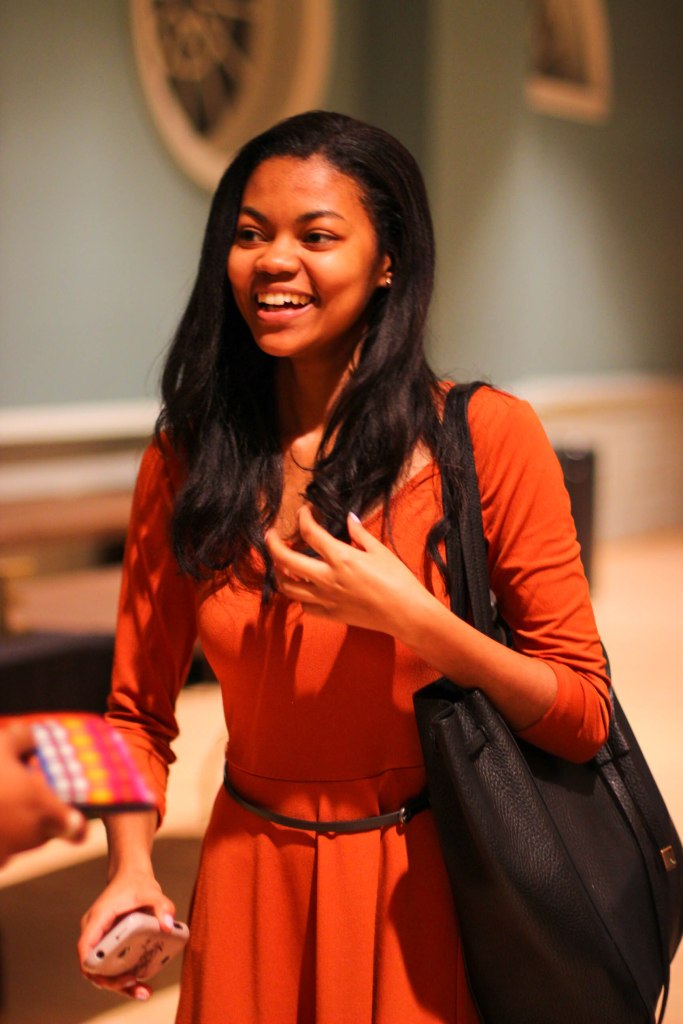 “I know that saying you are confident is one of the cliches but it really is about accepting who you are and not trying to fit into Western beauty standards. We set our own standards. It’s about doing whatever you feel it is right. You don’t have to stick to what you see in magazines. It’s about freedom.”

“The beauty in my blackness is not only a physical appearance but the mental aspect. I am who I want to be and I am proud to be myself. I am capable of doing anything I put my mind to.”

“I think about the heritage of our people, our ancestry, where we come from and how strong we have been in building up this country. Before that we had great empires in Africa and having really diverse people. Black people just exist all over the world. We have a lot to contribute.”

“I take pride in my skin tone and accepting it. Also my hair! I’ve come along way with my hair after I did the big chop my freshman year. I take really big pride in it and it’s really important to me.”

“I would define the beauty in my blackness as something that is passed down through generations…You never really had to think that you were not beautiful until you went to school where other people were saying otherwise. I think that is one of the most beautiful parts of my blackness because others might only compare it to slavery but I know there is more than that.”

Naomi Harris is a senior multi-platform journalism and sociocultural anthropology double major and can be reached at naomi.j.harris01@gmail.com.