Thousands made their way to U Street during D.C.’s Funk Parade presented by The D.C. Department of Funk to honor the long standing culture. The event featured an array of groups from activists such as Holly Bass to the dance group Urban Artistry and bands like Elikeh.

During the day fair from 12-7 pm, attendees listened to and watched performances from local artists and chowed down on good eats from D.C. vendors. As the fair wound down, attendees moved indoors for a free music festival at U Street bars. Not wanting the funk party to stop, Black Cat Backstage and Tropicalia both hosted Funk Parade After Parties hosting even more local funk bands.

With all the amazing food and festivities, it’s no wonder D.C. keeps coming back for more. 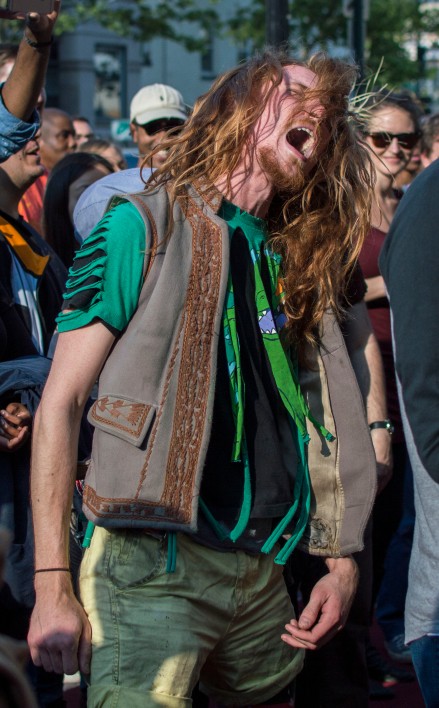 Copernicus Brown of D.C. infected everyone with his dancing by the Black Broadway Stage during Elikeh’s performance. (Cassie Osvatics/Bloc Reporter)

Funk Parade attendees join in on the parade down U Street. (Cassie Osvatics/Bloc Reporter)

Dancers from the Vavá United School of Samba impress as they march through the Funk Parade. (Cassie Osvatics/Bloc Reporter) 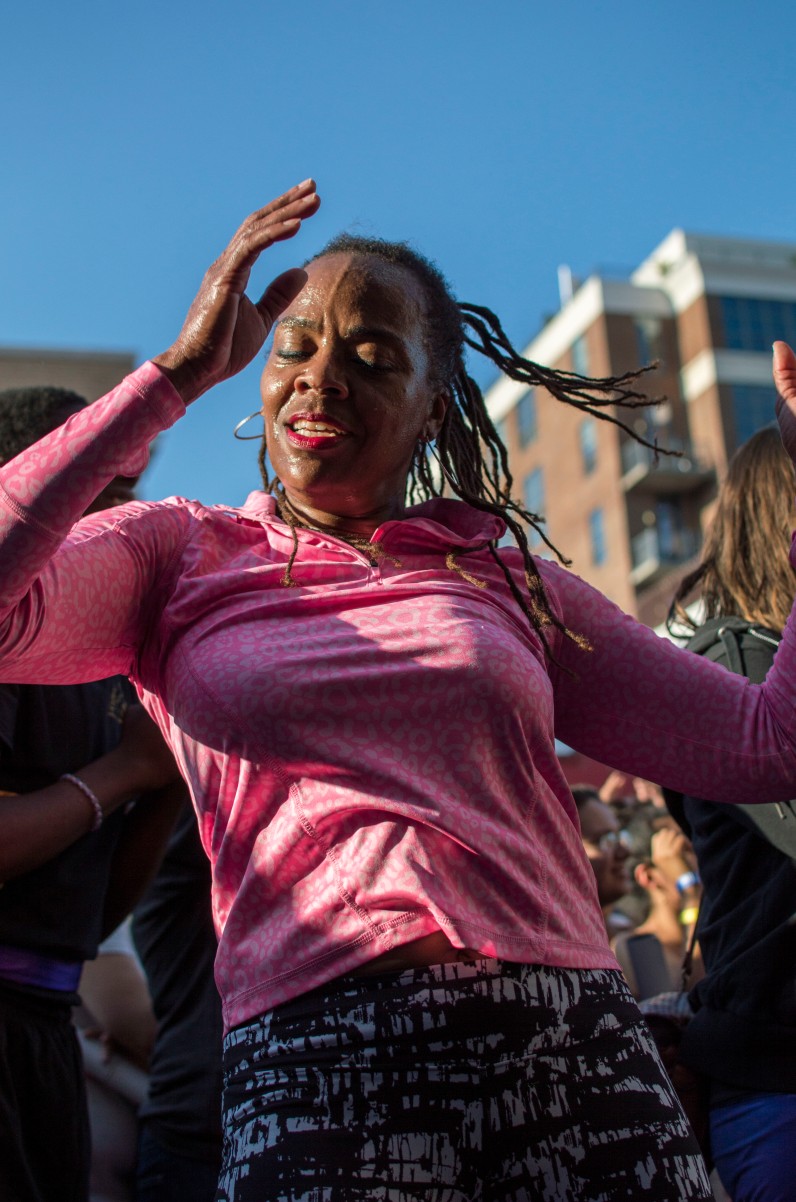 D.C. resident Sherri Joyner gets down to Elikeh’s performance at the Funk Parade. (Cassie Osvatics/Bloc Reporter)

Camille Morin, aka Camilla the Hun, during the “Birth of a City” Roller Disco Performance curated and choreographed by rollerskating activist Holly Bass. Camille is a retired D.C. Roller Girl. (Cassie Osvatics/Bloc Reporter)

Featured Photo Credit: Dancers from the Vavá United School of Samba impress as they march through the Funk Parade. (Cassie Osvatics/Bloc Reporter)